Like taking olive oil tablets or committing to sober nights in, The Secret Garden Party is something we always should have done, but never quite did. Turns out missing it these past years was a bad, bad move. Almost as bad a move as a planned night in.

Take note: no one at The Secret Garden Party plans night in. Not even in the dead of Winter. Instead, they lose themselves to the largest not-for-profit festival on these shores. Seriously. There isn’t a paid for ad or commercial gimmick in sight. Want more? The staff bar – just for a laugh – is one pound more expensive than the one for punters to discourage staff from sitting about in their elitist hovel. Next? The Latitude-like bound programme is completely free. We even heard punters refusing to take them because they were so good and so free. You can’t make this stuff up.

What you can make up though, with human spirit and determination, is what the chaps at SGP like to call “A Serious Party”. Different to festivals that are determined by their lineups, SGP is curated without any particular destination in mind. Instead, the “party” is your endpoint, day or night, so much so that the Main Stage at times felt like an afterthought. In line with the not-for-profit outlook, SGP 2014 themed itself on Elton John’s seventh studio album, Goodbye Yellow Brick Road – upturning Dorothy’s principles, the fest turned a blind eye to symbols of money and yellow brick prosperity. Instead, there was a field of sunflowers, carefully cultivated behind a portaloo door that were a mesmerizing discovery when you’d had a drink.

As well as roaming theatre companies performing to food gorgers and shade divers (it was the hottest weekend in a field we’ve had this Summer), there were mariachi bands and an impressive selection of art installations curated on site. A particular highlight was a monster made of mops and a floating cloud at head-height. Stood inside, a screen looking out over the lake read “Oh, it’s such a perfect day. I’m glad I spent it with you” just in case you hadn’t yet fathomed that this site is indeed very pretty. In mid view, a gargantuan Emerald City (again, Oz reference) hung in the middle of the lake.

Certainly the most charming location on site was The Village Fete, complete with tens of genuinely convincing, hilarious dancers who whipped village members into action. Vintage discos and Chap Olympics with gin and tonic hopscotch were two of the offshoot events that took place in this unique quarter. Iconic images of policemen and women from bygone eras are well-known, but seeing them played out in the flesh with truncheons outstretched, yelling to the beat of the macarena, was thrilling. Another visual delight was the Collo-Silly-Um, which saw guys and girls flap about, often in water, and in an arena shaped a lot like a Colosseum. By day, crude chants ensured participants were nearly always naked, and by night, troops of party goers turned this tiered space into a genuine spectacle that shone like a beacon across most of the site. Oh yeah, some music happened too, including Teleman on cutesy alternative stage Where The Wild Things Are, which sat beautifully amongst the flora and fauna surrounding the lake. Smart image rehash complete, the ex Pete and the Pirates foursome played near-on psychotic sounding psychedelica as lead vocalist Thomas Sanders calmly led the set to a ferocious close. Their big energy almost sounds odd when set against Sanders’s often wooing vocals and well-ironed shirts.

Elsewhere, Little Dragon reminded us who they were with their vague but memorable synth pop, Public Enemy exhausted huge crowds with their effectively verbose hip hop battling, and on Sunday, a German orchestra picked us all up at lunchtime.

I haven’t even had time to mention the curatorial feast that was Saturday night’s spectacular. Worth so much more than the usual cursory ooohs and aaahs, SGP blasted more fireworks than I knew could possibly exist in one piece of sky. Relevant classics dropped on the speakers, as a micro-lite flew over and dropped hundreds of LSD balls like bubbles from a giant’s net. It was one of only a few times I’ve genuinely marveled at anything.

Three cheers for The Secret Garden Party, the real life party somewhere near Huntingdon that is like nothing on earth.

We've gone festival mad this Summer... Check out our reviews of Latitude Festival 2014 and Lee Fest 2014 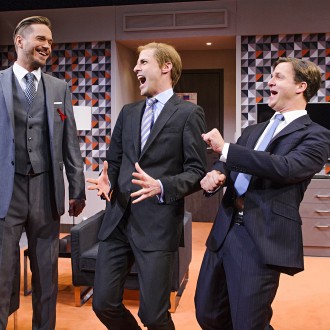 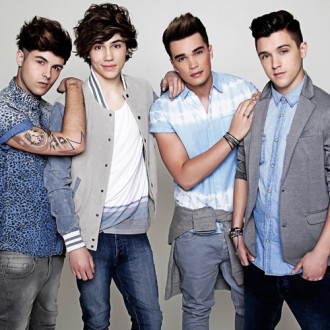 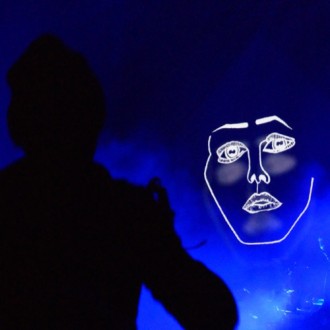