Electronic authority The Young Punx returned to the scene last week with third album All These Things Are Gone. Their new French-inclined, dance-heavy effort is as conceptual (check the poster artwork below…) as it is joyous and radio-friendly. Punx’s Hal Ritson has released the LP via his own MofoHifi Records – who dropped one of our favourite EP’s of last year in Alizzz’s Collapse.

We’re really honoured and mega proud to present a Culture Or Trash exclusive: fifteen of Hal Ritson and Nathan Taylor’s top tracks that musically and conceptually influenced All These Things Are Gone. So much has ‘gone’ they say, like Myspace and record shops and Anna Nicole Smith’s boobs:

But there’s hope yet!… The Young Punx talk C/T through their soundtrack to what’s missing, and present an exclusive playlist to accompany their thoughts. Hit play at the bottom and have a read:

1) Aaron Copland – Billy The Kid (Orchestral Suite) : Introduction.The Open Prairie (Leonard Bernstein/ New York Philharmonic)
My initial musician education was classical, starting piano when I was 7. I wasn’t that good at it really – I always wanted to improvise. But I was good enough on piano that when I was 16 I got to play play with a symphony orchestra on Billy The Kid by Aaron Copland. Copland’s sound was meant to evoke the wild west, and did so so effectively that nearly 100 years later, there is no sound BUT his that can make you picture the open prairie.

2) Howlin’ Wolf – Smokestack Lightenin’
The reason I was no good at classical music was I relentlessly played blues instead. Mostly I acquired this from Alexis Corner’s incredible BBC Radio One show in the 80s which my parents had taped. Corner seemed to have a music policy of “Anything good from the past 100 years” and set my love of eclecticism very early.

3) Pointer Sisters – If you wanna get back your lady
Alexis Corner’s show made no distinction between ‘pop’ and ‘underground’ or ‘cool’ and ‘mainstream’. It was all music to him. Once I heard him mix seamlessly from a 100 year old ethnographic recording for african whisper poetry into Al Jarreau scatting, which remains the most educated and audacious mix i’ve heard anyone do, highlighting 100 years of continuity within afrocentric music. So when Corner played a track by an ostensibly ‘pop’ artist like the Pointer Sisters, you assessed it on a level playing field with roots artists, and drew the connections between the two.

4) Depeche Mode – See You
When I wasn’t playing blues I was attempting to play synth pop. I say attempting because back then the gap between what musical equipment a 7 year old child could be bought for Christmas and what the acts were actually using was much bigger than it is today. These days everyone is using Massive. Back then Depeche Mode had Roland Jupiters and I had a Casio Portatone from Argos.

6) Jaydee – Plastic Dreams (original version)
In order to make dance house music, a form based often on repetition and simplicity, it is important for musos to UNLEARN the complexities of musical performance, and embrace the simple. It doesn’t get much simpler than Jaydee Plastic dreams, which is basically one note played every bar for 10 minutes! I used listen Anu Pillai from Freeform Five DJ this and I swear at the end of the 10 minutes he just mixed in a second copy of the track on the other deck to keep it going. (NOTE: the track does have a lengthy keyboard solo, so the Jazzers do get to stay in the room).

6) Scott Grooves – Mothership Reconnection (Daft Punk Remix Radio Edit)
I guess everyone has their epiphany moment in dance music where they hear a drop and go HOLY FUCKIN CRAP WHAT IS THIS I NEED TO BE PART OF THIS. This seminal early Daft Punk remix was that moment for me and my friends. The sound defined in the remix has remained incredibly fresh for many years and remains one of favourite moments in … ahem… electronic dance music.

7) Bjork – Aurora
I don’t hugely like clubbing, but I do love electronic music, so I have a great love for artists who take the language of sounds created in the melting pot of club culture, and then apply them to a different artistic aim. Such as evoking the northern lights shimmering over a glacier, maybe.

Does what it says on the tin.

9) Allan Holdsworth – White Line (Live version from “Then”)
Once you go down the rabbit hole of modern jazz musicianship you end up in the seedy underworld of jazz rock fusion. Historically you have had to keep this quiet as it has been officially branded UNCOOL. However, cool and uncool is a wheel that is slowly turning, and there is a very fine line between “No-one listens to this because it isn’t in vogue” and “I’m into this cult shit that you don’t even know about and wouldn’t understand”. And Rustie has come out as liking Allan Holdsworth now so I guess I can too. When I was 17 I didn’t try and get into raves. I stood in the freezing Newcastle streets under a skittering of snow, waiting to get into an abandoned warehouse building to see someone akin to a god play. We had read about him for years and now he was actually alive in our town. He sounded like this.

10) John Adams – Shaker Loops
While dance music has maximised the potential for repetition and looping within music, the precedent was set in the mid 20th century by the Minimalist classical composers. The effect is often stark and alienating, but John Adams’ Shaker Loops is quite the opposite; ecstatic, deeply moving, and explicitly unveiling the parallels between the religious frenzy of of the Shakers and orgasm. I think. If I had to listen to only one piece of music ever again I guess it would be this one.

11) Ganja Kru – Super Sharp Shooter
Because jungle is massive. Takes me back to the first tome i heard someone say “have you heard this new ‘jungle music’? Its just LOADS OF DRUMS”. We revisit the minimalist mantra of stripped back breakbeats and sub-bass in the track “Detonate” on our new album.

12) Phonat – Learn To Recycle
Its motherfuckin Phonat. The best producer in the world. I said so. Skrillex agrees. That’s pretty much settled then. I signed him in 2005 when he was living in an Italian farmhouse and if I’ve done one good thing for the world in my time alive then that’s it.

13) Goodman – Sing, Sing, Sing (live at the carnegie hall)
I used to play Sax, Drums and guitar (variously) in big bands when i was a teenager, and we revisit this aesthetic on the track Kowloon Kickback on our new album. This legendary live recording, with dreadful sound but great playing, was our main inspiration, particularly for the lengthy Gene Krupa drum solo!

14) Bobby Tank – Afterburn
I’d love to see them do this intro on Never Mind The Buzzcocks intro round.

15) Aaron Copland – Billy The Kid (Orchestral Suite) : The Open Prairie Again (Leonard Bernstein/ New York Philharmonic)
Yeah – we started with this, but it has a beginning bit and an end bit so the end bit goes here.

Listen to The Young Punx’s exclusive playlist for Culture Or Trash: 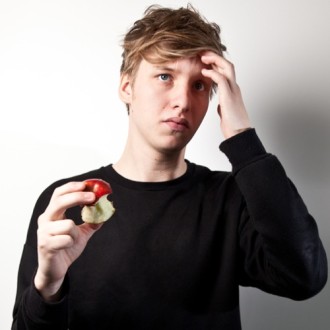 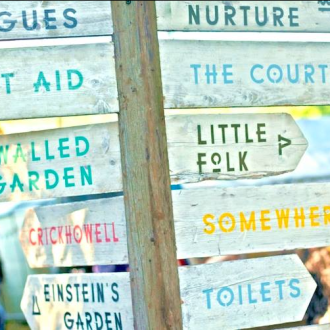 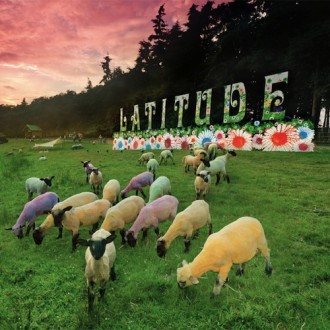