With all the chatter at the British Museum about Pompeii and Herculaneum, it’s easy, though imprudent, to forget an equally astonishing exhibition under the same roof

‘Ice Age art’ is the first showcase ever devoted to artefacts from the Pleistocene – which are, at 10,000 to 40,000 years old, the oldest extant man-made artworks.

‘Artworks’ is a deliberate word. The objects are presented not as archaeological specimens, in keeping with the Museum’s tradition, but as bona-fide art. As tokens of refined craftsmanship, retaining aesthetic relevance as products of (to use the phrase of the show’s introducer Antony Gormley) a mind ‘contemporary’ of our own.

A mind so contemporary that avant garde frontrunners from Mondrian to Moore obsessed over these works. Selected modern pieces line the fringes, and testify to the increased estimation of the ‘primitive’ which ultimately made such an exhibition possible.

As for the relics themselves – there are animals, and there are women; each work telling of intense observation and even – in some rotund, droopy-breasted nudes – vestiges perhaps of prehistoric symbolism, or some simple penchant for caricature.

These are treasures of unparalleled fascination: ornaments, sculptures, drawings and tools. A lion-man figure watches over the entrance, an anatomically-accurate horse gallops at the exit, and somewhere in between, an impressionistic etching of a woolly mammoth suggests an understanding of the ‘principles of animation’.

Do the notes over-extrapolate at times? One moment, these works are considered miraculous products of ‘prolonged concentration’, and uncharacteristic of Stone Age man. The next, they’re impossibly nuanced; and the irregularly-sculpted angle of a female’s hips signifies not crudeness of tools or materials, but a deliberate representation of sexual potency (for example).

Logic dictates that early homo sapiens – no offence to him – cannot simultaneously have bred with Neanderthals and developed a particularly intricate conceptual language. But, by and large, Jill Cook’s team do steer carefully between useful conjecture and allowing an appropriate sense of mystery.

Contemplate that doodle, snatched on a slab of mammoth ivory, then angrily crossed out and snapped in two. The artistic sentiments may be obscure, but there are meanings eternal in these poignant traces of humanity – which communicate not merely across years, but whole geological epochs. 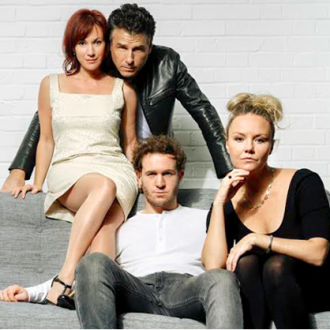 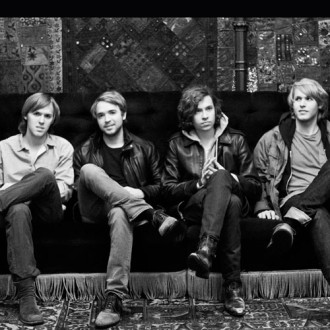